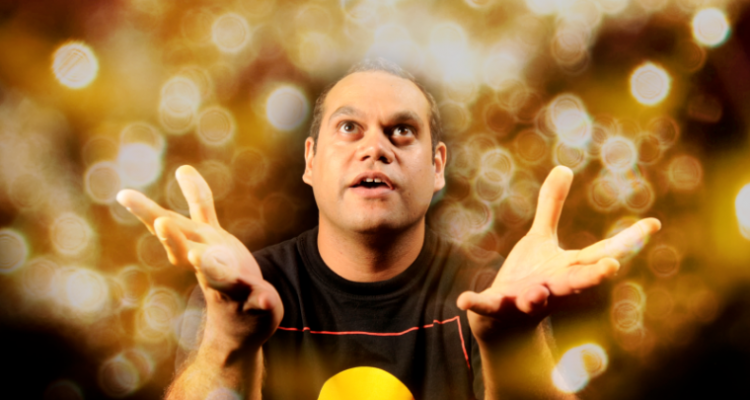 Yirra Yaakin is not only producing important and powerful work: the West Australian company is also nurturing the next generation of Aboriginal theatre-makers.

Based in Subiaco and established in 1993, Yirra Yaakin Theatre Company’s name comes from the Noongar words for ‘stand tall’. The company are certainly casting a long shadow, collaborating with mainstage theatre companies such as the State Theatre Company of South Australia on Sista Girl in 2017 (a return season is programmed for 2019) and this year with Black Swan State Theatre on Skylab.

While preparing to celebrate their 25th anniversary, the company is simultaneously playing a key role in developing the next generation of Aboriginal theatre-makers.

‘We have a very integrated company that not only looks at producing Aboriginal theatre but also nurturing the next generation of artists through our writers group and our Next Step Training program,’ said Peter Kift MIPA AFAIM, Yirra Yaakin’s General Manager.

In the first part of the company’s four-step development program, new artists – often WAAPA graduates – are introduced to working life in a professional theatre company by being engaged to work on our family & young peoples’ plays. The second stage sees them supported to develop and produce their own work in partnership with Perth’s Blue Room Theatre.

‘The third step is to engage more and more of the artists into our senior plays, or we’ll encourage them to be mentored by another organisation. A good example of that is when we sent Chloe Ogilvie, a graduate lighting designer from WAAPA, across to Adelaide to shadow STCSA’s Lighting Designer on their production of Macbeth.

‘And the fourth and final step is our emerging Cultural Leaders. We encourage them to shadow other artists and our Artistic Director Kyle J. Morrison and learn the ropes of what it means to be an artistic director … and we’re supported beautifully by Woodside to do that,’ Kift said.

The success of Yirra Yaakin’s commitment to nurturing artists is evident in the new productions being staged by the company in 2019. The latest instalment in Yirra Yaakin’s work for young people and families, Djinda Kaatin (‘to understand stars’) is written by emerging playwright Andrea Fernandez, a writer with close ties to the company.

‘She’s our ex-marketing manager who has been doing playwriting on the side,’ Kift said. ‘She’s part of our Yirra Yaakin writers’ group, and she basically has a knack for writing which she wanted to pursue. So we’ve encouraged, mentored and nurtured her, and now she’s writing the next instalment in our Kaatijin series.’

Yirra Yaakin started life as a youth theatre workshop group and maintains that focus today while also developing and staging work for adult audiences. Some works, such as The Noongar Shakespeare Project led by Kylie Bracknell, are designed to speak to all levels of the company’s diverse audience.

Workshops presented with the support of Aboriginal elders have allowed local actors to strengthen their Noongar language and cultural skills as part of the play’s development before going out into classrooms to teach Noongar to future generations. It’s a project with an important cultural mission as well as rich artistic aims, Kift explained.

‘I’m not sure that too many people are aware that there’s less than 400 fluent Noongar speakers out of a population of over 30,000 Noongar people in the south-west of WA … so they go out into the schools and teach these senior high school kids how to do a Shakespeare sonnet in the Noongar language, so that the language is spread and becomes more understood and celebrated over here in WA.’

Another of the company’s activities in 2019 is also designed to appeal to younger generations, for whom hip hop is a major form of cultural expression. Devised and developed in collaboration with local hip hop artists including Downsyde, MC Trooth and MC Layla, Ruin: A Hip h’Opera tackles the challenging topic of ice addiction in language designed to reach a diverse audience.

‘We’ve been gathering stories for the last year and a half from the entire community, from ex-users and families to the judiciary, the police and the health sector – getting a full 360 viewpoint of what meth is doing within our communities,’ Kift explained.

‘And you know, it’s very topical – I don’t think there’s a day that goes by that there’s not a meth story in the paper or on TV somewhere in the country. Yes, we do challenging work and yes, we do work that doesn’t shy away from the tough issues, but it’s always authentic and it’s always thought provoking, so our plays reflect that thinking.’

Such an approach also informs another new play being staged by Yirra Yaakin in 2019: the new drama Cracked by emerging playwright Barbara Hostalek – a thought provoking look at a woman’s experiences inside the justice system and developed in collaboration with Playwriting Australia’s Ignition Project.

‘We’re very excited about this play,’ Kift said. ‘Barbara is an up-and-coming new Aboriginal playwright; she writes beautifully and she’s got this sensitivity about getting to the core of a particular matter – she gets you to wrap your heart about what she’s trying to say. She’s just got this way about her writing which is quite beautiful.’

Visit yirrayaakin.com.au for more information about the company’s current activities and 2019 season.

The founder of the Emerging Writers’ Festival, Richard currently serves on the Committee of Management for La Mama Theatre, on the board of literary journal Going Down Swinging, and on the Green Room Awards Independent Theatre panel. He is a life member of the Melbourne Queer Film Festival, and in 2017 was awarded the status of Melbourne Fringe Festival Living Legend.